Cutting into sheet metal can be quite a tedious and impractical task to perform when only armored with handtools. However, even Circular Saws, as well as jigsaws, have their limitations. One limitation being the obvious safety hazard caused by metal sparks flying in the air but also: these saws are made for cutting into, at least, moderately flat surfaces which tend to be much thicker than sheet metal. Sheet metal is not only thin but can be corrugated as well. Many times a builder will need to make straight or curved cuts into these sheets which are not only fast and efficient but also easy to make and safe. This is when Shears and Nibblers are necessary. Most of us are familiar with pruning a plant and needing to reach for the strange-looking scissors to snip away at the leaves and branches. This tool,  known as a shear, works a lot like a pair of heavy-duty scissors with sharp edges that are angled away from each other in a way that makes cutting quick and easy. The electric-powered shear does exactly this, a lot more efficiently with less of a chance of tiring your hands. Some of the advantages of using shears for sheet metal cutting are their maximum cutting capacity and the lack of material wasted whilst cutting. With a powered shear, making straight and curved cuts can be done easily. One can choose between buying a dedicated powered shear or a shearing attachment which can be attached to a drill. For the professional who will be using a shear more often the dedicated shear is best. 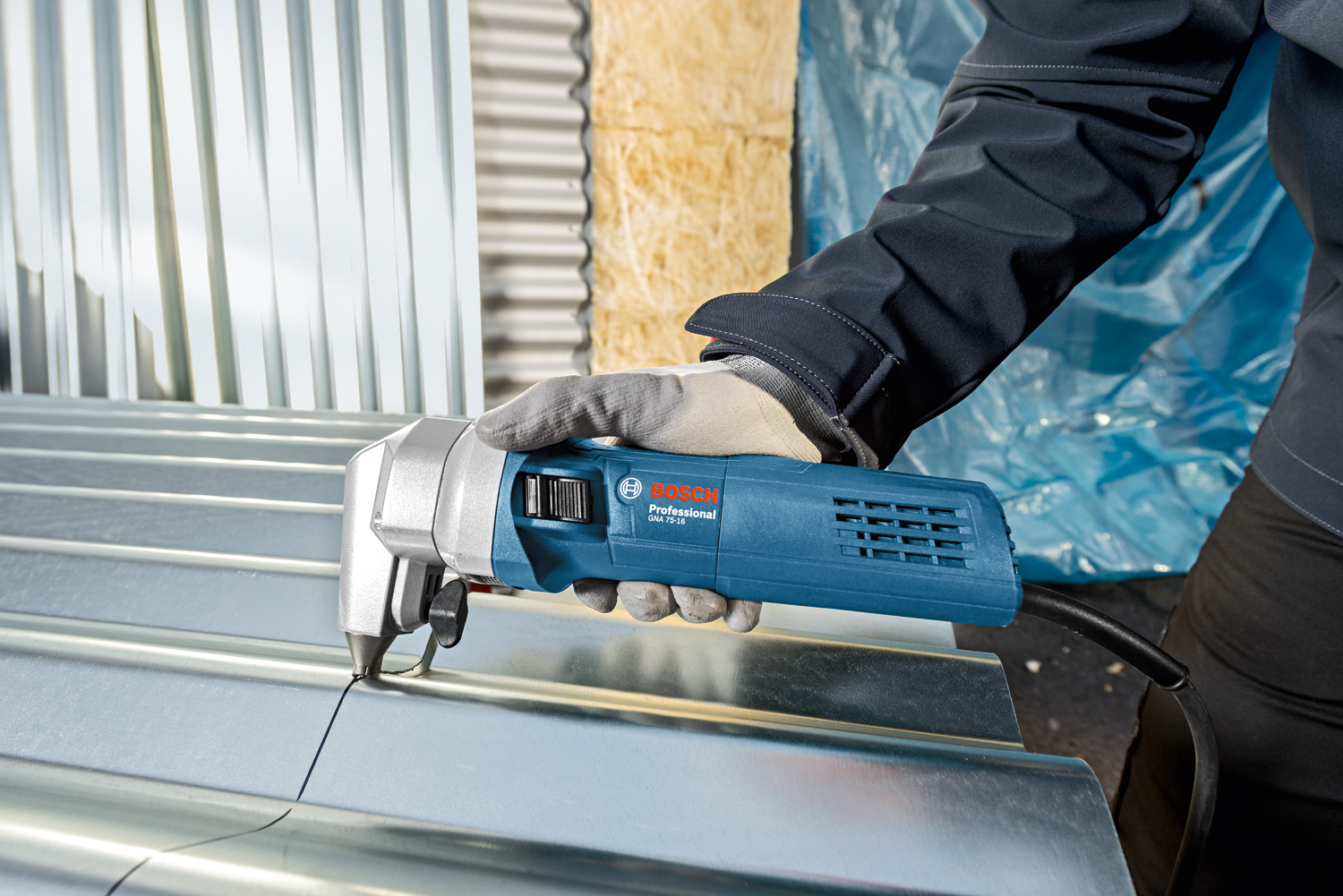 Much like the shears, nibblers are also used to cut sheet metal in a fast and efficient manner. However, instead of essentially being a pair of powered scissors, the Nibbler operates like a punch and die that chews away at the sheet metal similar to a very hungry rodent. Electric powered nibblers tend to produce a lot of waste material due to their cutting method. These fine, tiny, sharp chips can also cause injury to the user.  Compared to shears, nibblers are not suitable for cutting fine lines. However, the big advantage of nibblers can be seen in their use on corrugated sheet metal. They can be used on the highs and lows of corrugated sheet metal without getting stuck due to their long “die assembly” which extends out at a right-angle from the motor. Just like the shears, these nibblers are available as dedicated power tools and as powered-drill attachments.

No tags have been added yet. Please help others find this product by adding some tags.

Please fill out the form below and we will call you back.
Name required!
Email required!
Phone required!
Message required!